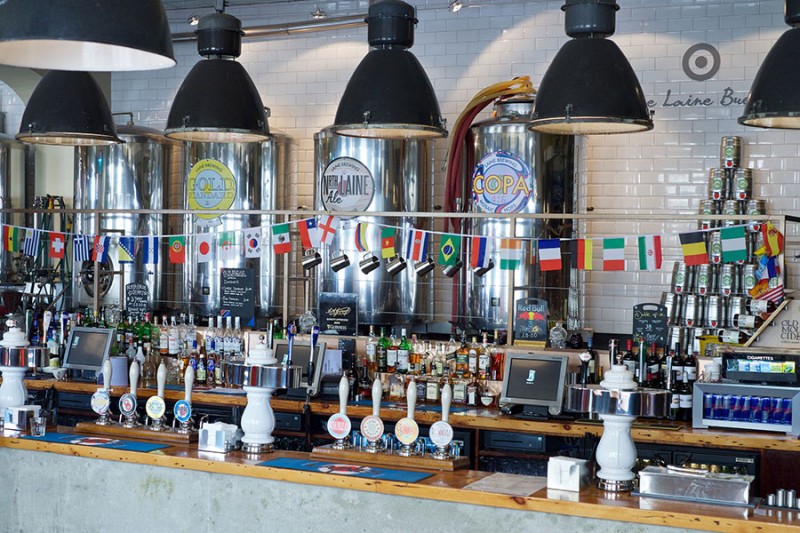 The company, formerly known as InnBrighton, has been renamed The Laine Pub Company (“Laine’s”), reflecting the increasing importance and popularity of its range of craft beers brewed in its three microbreweries, and the broadening of its geographic reach from its historic focus on the Brighton market. The company manages 45 pubs, of which 39 are in Brighton and six in London, with a seventh London opening planned for the autumn. All pubs are individually designed to reflect the heritage and culture of the area in which they are located.

Since 2007, Laine’s management team, under chairman Gary Pettet and chief executive Gavin George, has diversified away from Brighton seafront clubs towards city-based pubs. It has acquired a number of underperforming sites, both in Brighton and in London, and successfully turned them around, achieving high returns on capital. The company recorded a turnover of approximately £25 million in its last financial year.

Royal Bank of Scotland has provided senior debt and capital expenditure facilities to finance the transaction and fund the future growth of the business. Laine’s is planning to open approximately five new pubs a year in the next four years.

Commenting on the transaction, Ben Redmond, co-founder of Risk Capital Partners, said: “Over the past seven years, Gary and Gavin have refocused the business successfully and developed a profitable estate of highly distinctive city pubs. The company has a strong pipeline of new opportunities in London and is well positioned to continue to grow the business in the future.”

Graphite partner Omar Kayat added: “The management team has a proven track record in acquiring underperforming pubs and improving them. We look forward to continuing to work with them under the Laine’s banner as they further develop their London estate of unique pubs and their exciting range of beers.”

“We are very pleased to have Risk Capital on board for the next chapter in this group’s exciting story” commented Laine’s chairman Gary Pettet. “Their experience in our sector will be invaluable and we are very much looking forward to working with them to grow the business and to maximise the value to our customers in an ever changing market.”

Commenting on the plans for the business, chief executive Gavin George said “The name change reflects both our pride in our Brighton heritage and the growing importance and popularity of the beer we produce under the Laine’s badge.   The skilled brewers in our three micro-breweries have created some highly individual beers of excellent taste and quality, which have provided both a significant point of difference with our competitors and an engaging offering for our customers.”

Continuing, George said “Since we opened our first Brighton pub in the mid-nineties, our success has been predicated upon the creation of inspiring ‘third places’ that positively impact the culture, community and climate of the localities in which we operate.  We think the same is being achieved in the estate of six pubs we have built in London over the last two years and, with the backing of Risk Capital and Graphite Enterprise, we believe the prospects for Laine’s to achieve greater success are tremendous.”